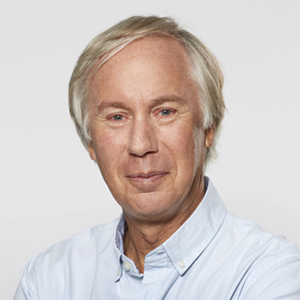 The author, Edward Payson Powell, had a great way of saying farewell to the year: “The Old Year has gone. Let the dead past bury its own dead. The New Year has taken possession of the clock of time. All hail the duties and possibilities of the coming twelve months!”

After a blink-and-you-may-have-missed-it 2017, 2018 promises to be another furiously paced year for SYSPRO. Our planning during the latter period of 2017, focused on functional enhancements, innovations and architectural changes.

Our much anticipated upcoming version, SYSPRO 8, is scheduled for general release on 1 June 2018. Fortunately, our customers don’t have to wait until then as a sneak preview is available to all customers who are registered on the InfoZone.

This microsite will allow you to run the product in the cloud, explore the new functionality and view the product roadmap that covers product development for the next two to three years. You can learn more about our Community Preview in this interview with our Chief Services Officer, Louise Thompson.

Another exciting advancement that made its debut towards the end of last year, is SYSPRO’s web based offering: SYSPRO Avanti.

Avanti is designed to run SYSPRO’s applications in the private or public cloud, but SYSPRO Avanti can also be deployed on premise. Avanti has a dual user interface that can be used in parallel with the SYSPRO Windows Client version.

Being a native web application, SYSPRO Avanti has ensured that our ERP is accessible on any device, on any platform, from anywhere.

Apart from these functional improvements, we are currently working on some interesting innovations. SYSPRO has embraced the new world of Social ERP with a new member of the product stack: a Bot called Ken who can respond to customer and employee requests 24/7. Ken can answer questions related to SYSPRO data. A few examples are:

We see Ken as an extension of your workforce which can be accessed via most platforms including WebChat, Facebook and Slack. Not only can he answer questions; with the appropriate authority levels, Ken will be able to perform actions such as:

We are working closely with Microsoft to bring this to fruition later this year.

SYSPRO has also made a significant investment in embedding Artificial Intelligence (AI) into SYSPRO 8 as a first-class citizen. The world of AI and its applications are endless, so our focus is on the following aspects:

From a broader perspective, we recognize that the ability to run SYSPRO in the cloud is becoming increasingly important and we want to give our customers the choice of running SYSPRO Avanti either on the cloud or on premise.

In fact, one of our guiding principles is to focus our product development on optimizing SYSPRO for the cloud. This includes enabling high scalability so that the product can scale to large volumes of transactions, and it’s the reason SQL is our chosen platform as it allows us to get the best out of the relational database.

We look forward to sharing these exciting developments with you throughout the year. May it be a prosperous and peaceful one for all our readers around the Globe.