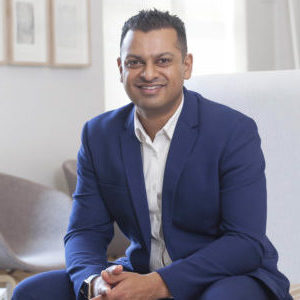 As a Chief Financial Officer specializing in manufacturing, I enjoy working to mitigate a wide variety of risks. Mitigating risk is a data-driven exercise, which is the kind of exercise I enjoy, especially when my efforts are augmented (along with my eyestrain), by increasingly intelligent AI machines empowered with cognitive technologies.

The key, of course, is data, the commodity driving what is commonly referred to as the Analytics Economy. Never before has it been possible to collect, organize and analyze so much information, from so many sources, so quickly, as it happens. Data can come from an infinite number of places, but the focus these days is on sensors, embedded by the millions, within the Internet of Things (IoT). When you combine raw IoT data with artificial intelligence applications based on predictive analytics, all manner of interesting facts come to light. Why?  Because AI is autodidactic (self-learning) meaning the more you use it, the better the insights will become.

It’s important to realize, however, that risk mitigation is a difficult task, even for a highly sophisticated program. In the final analysis, it doesn’t matter how complex a risk assessment model is, many risks are still difficult to evaluate for many reasons including they’re not well understood, the cause-and-effect relationships are highly intertwined, and sometimes the risk in question is ’emerging’.

In the past, one of the problems with software-guided risk mitigation was that computers were limited to binary logic. In the manufacturing world, very few of the important questions we ask are straightforward enough to be settled by a binary ‘yes’ or ‘no’ answer. Inventory, for example, is a primary example of manufacturing risk mitigation. In a perfect world, with a perfect supply chain, every input would appear when needed – and not before. Because the world is full of surprises, we prepare ahead for the possibility of delays or disaster.

The Human Brain and Fuzzy Logic

Before the advent of modern AI, the human brain was better than the computer brain (human-machine) at determining risk and assigning appropriate stock levels. That began to change in the 1960s, when a mathematician named Lofti Zadeh noted that human reasoning, unlike traditional computer logic, is not binary, but naturally categorizes possible events by degrees of likelihood. Asked to analyze a statement such as: ‘There is a risk that we won’t be able to procure widgets from our suppliers in NSW in August,’ the traditional computer response is either 1 or 0, equating to TRUE or FALSE. Such an answer is not terribly useful – it tells us what we already know and does little to inform our procurement strategy.

A human, however, would classify the widget-shortage risk in shades of possibility, for example, as ‘somewhat true’, ‘very true’ ‘somewhat false’ or ‘very false’. These shades-of-grey responses facilitate the logic behind effective human decision making. In response to his observations, Zadeh created fuzzy logic, a system of categorization that gave computers the ability to reason a little bit more like humans and to provide an increasingly accurate evaluation of uncertainty and risk. Although fuzzy logic techniques have largely given way to statistical probability models, the talking point is roughly the same: by facilitating non-binary categorization, that is, by allowing degrees of uncertainty between 0 and 1, AI’s analytical abilities are becoming increasingly human – but faster and more thorough, by several orders of magnitude.

AI is particularly useful in the risk mitigation field when evaluating unstructured data. (If you don’t know the difference between ‘structured’ and ‘unstructured’ data, please check out my colleague’s blog. Aided by cognitive technologies such as natural language processing (NLP), AI can surface insights from unstructured data such as MS documents, e-mails, social media, and mobile data.

How important is this? Given that somewhere between 80-90% of enterprise data is currently unstructured, the implementation of cognitive analytics could provide companies with a real competitive edge.

Of course, the beauty of AI is not just its ability to approximate our thinking processes. Its most useful talent is found in its ability to learn. Already, we are becoming used to smartphones and websites that, over time, increasingly adapt their suggestions to what they’ve learned about our preferences. In much the same manner, cognitive computing techniques can be used to identify and control risk. Next blog we’ll look at a few use cases for AI-guided risk mitigation in the field of manufacturing.

Read our Free whitepaper 6 Key ERP Considerations for Your Business

Indulge in an easy read on risk mitigating and fuzzy logic