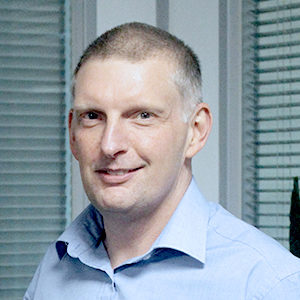 How you can Improve ROI in Tough Economic Conditions

At the beginning of October last year, we held what has been widely regarded as our best customer event to date. Alongside guest speakers from within the SYSPRO community, Nick Peters, the Editorial Director at The Manufacturer magazine delivered a presentation which raised a very interesting talking point around how businesses react during hard times; such as recession or the ongoing Brexit uncertainty.

Following this event, I read an article entitled Hanging Tough, featured in The New Yorker magazine in 2009, that raised some thought-provoking ideas that are applicable to the UK right now.

In late 1920’s America, there were two dominant names in breakfast cereals, Kellogg and Post. In 1929, Wall Street crashed triggering what became known as the Great Depression. This had the potential to ruin both businesses, because it came at a time when the ready-to-eat cereal market was still relatively young and the products not something habitually bought by most Americans.

Post did the predictable thing, cutting their spending (marketing is typically first to go) and circled their wagons waiting for the good times to return.

Kellogg did the opposite. They recognized that during difficult times, when customers are more reluctant to part with their cash, you need to remain visible and give them more reason to do so.

While Post reduced spend, Kellogg increased it aggressively. Investing heavily in radio advertising and increasing brand awareness of their new cereal (Rice Krispies). This meant that by 1933, when the US economy was at its worst and unemployment was reaching its peak, Kellogg stole a march on Post, becoming the dominant player in ready-to-eat cereals market place and had increased their profits by 30%.

It is true that reducing investment during hard times will improve return on capital. It was proven by the Strategic Planning Institute’s 30-year study of corporate behavior that when uncertainty strikes, it is only natural to want to take control of what you can, minimizing losses and improving short-term results become your priority. But those studied were also found to have grown less quickly in the years following a period of recession than those more willing to invest.

Academics Peter Dickson and Joseph Giglierano have argued that business leaders have two kinds of failure to worry about – sinking the boat or missing the boat. When companies are more concerned with sinking the boat than missing the boat, they’re gifting an advantage to those prepared to invest. This is exactly what allowed Kellogg to take sole dominance in the market.

This doesn’t just apply to B2C marketing budgets, but any investment in any business. To stop or slow investment is to stand still while the competition races ahead. During the 1990-91 recession a McKinsey study found that companies that became serious challengers or remained market leaders during the downturn had increased acquisition, R&D, and marketing budget. Whereas companies at the bottom had reduced these budgets.

Of course, having money helps in these situations. We are all aware investment doesn’t come cheap and that money doesn’t grow on trees. But for those businesses that can, they almost certainly should! Particularly now while others are stalling.

In the past, periods of uncertainty, austerity or recession have created opportunity for challengers willing to push for greater market share and there is no reason that Brexit uncertainty can’t provide the same opportunity to other businesses hungry for growth.

The risk averse approach that Post took appeared to be the sensible option and arguably helped Post see the depression through. But while Post were playing it safe, Kellogg was taking sole dominance in the market.

Investing during uncertain times has the potential to catapult you beyond the competition but you have to make sure it’s going to the right places. Reducing costs, increasing efficiencies, complete visibility and improved reporting and planning are just a handful of areas ERP can deliver on ROI.

But it’s up to you. Would you rather be a Post or a Kellogg?

Leave a comment
PrevPreviousIndustry 4.0 and Finance (Part 1)
NextHow Tech can Help Business during a Tough 2019Next

ERP ROI for the manufacturing and distribution CEO

How manufacturers can monetize data

Executive guide to ERP Part 5: The steps in ERP implementation

ERP ROI for the manufacturing and distribution CEO

How manufacturers can monetize data

Executive guide to ERP Part 5: The steps in ERP implementation